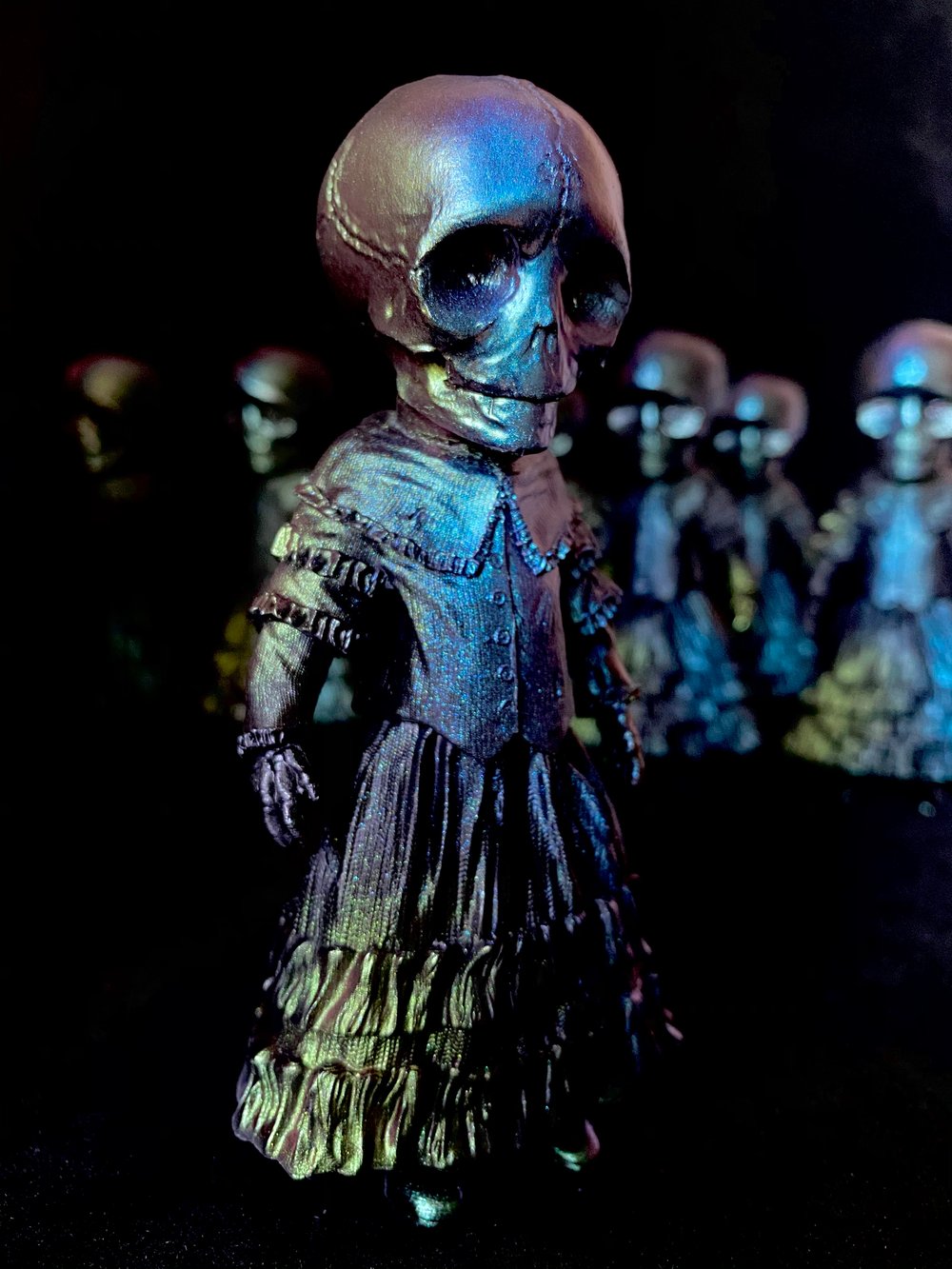 Various sprays of colors that shift into other colors as you look at it from different angles. Comes in bag with header card. (See video on Instagram @miscreationtoys)

Shipped Priority USPS with tracking/ or customs #. This is not a preorder, ready to ship now!